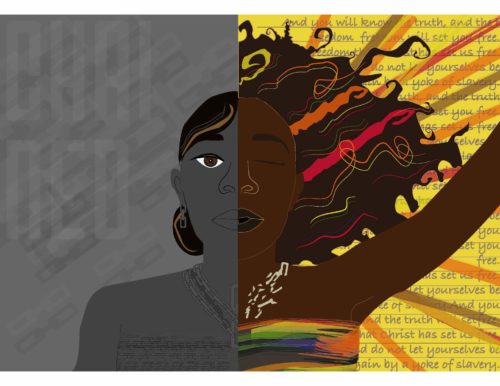 Honored to have made The Global Church Project’s list of 17 African American Women Theologians You Should Know About. Along with my mentors, colleagues and friends.

17 African American Women Theologians You Should Know About

I have studied at Christian schools my entire life. After graduating from high school, I went on to pursue a B.A. in Theology at a well-known evangelical institution. In all those years, I never had an African American woman as a professor of Bible or theology. Moreover, I did not even have a required textbook written by an African American female author. Now, as a third-year M.Div. student, things haven’t changed.

My experience is not unique. However, I am frustrated by the effects. Consider the issue of representation. It does not seem like a big deal until one day you realize that without representation, you are invisible. It does not happen all at once. It is a long process. It is a “Shhh” that is ever-increasing until, eventually, you are unable to hear yourself in the narrative. Your perspective, your experience, your voice will not be heard. There is just silence. And with that silence comes the invisibility, the erasure.

However, the erasure does not happen because African American women are not speaking or because they are not present. There are voices. Black women have been theologizing for a long time. But for a significant extent of our history, African American women had no official office in theology departments. Although they were not acknowledged as theologians, you can hear their theology in the poetry of Phyllis Wheatley, the activism of Sojourner Truth, and the preaching of Jarena Lee. These women and many others refused to be quiet. Wherever there were ideologies that declared their invisibility, these women preached, marched, wrote, and spoke their way into existence.

Dr. Coleman became an ordained elder in the Michigan Conference of the African Methodist Episcopal Church at age 19. She went on to receive her B.A. in African American Studies from Harvard University, and her M.Div. from Vanderbilt University School. She also holds an M.A. and Ph.D. in Religion and Theology from Claremont Graduate University.[14]