Life of the Mind 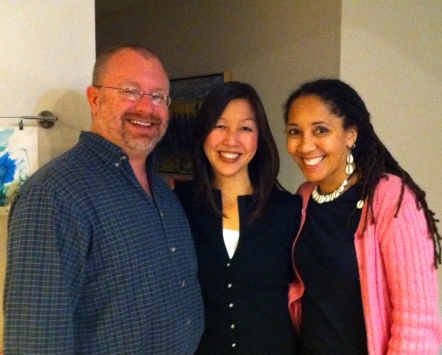 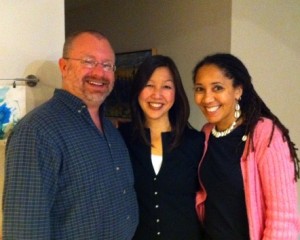 On December 1, 2011 the full professors of Claremont School of Theology rendered a unanimous vote to recommend that the Board of Trustees award me tenure.

In the academic world, tenure is a significant accomplishment to which many aspire from the early days of graduate school. It means job security – no small thing in these economic times (I can only lose my job if there is “financial exigency” and the school needs to close, or I commit some significant moral or professional transgression). It also means I have the academic freedom to pursue the research of greatest interest to me and I cannot be fired because someone in the institution disagrees with the politics of my work.

One of the more challenging aspects of the tenure application process is the recording of one’s academic productivity. A tenure applicant must keep records and evidence of the teaching, writing, research and service in which she has engaged for the previous decade or so. Then she must submit a curriculum vitae (C.V.) with said accomplishments listed in a particular rank and order.

This is harder than it sounds. For weeks, my two colleagues and I (all submitting tenure portfolios at the same time) sent emails at 1:30 am as we tried to figure out how to classify and describe our professional lives on paper. Does this sound like me? Where does one put “this”?

My C.V. quantifies what I’ve been doing for the last seven years or so. I wrote two single-authored books, co-edited an anthology; and wrote seven refereed journal articles, six invited journal articles, six book chapters, six commentaries, three book reviews and two encyclopedia entries. I gave ten keynote presentations and presented on over forty academic panels or conferences. This is the stuff of tenure.

As I compiled lists and corresponding documentation, I became acutely aware of what was not on paper. My friend and colleague Grace Yia-Hei Kao recently wrote a wonderful blog describing the roles that family and wider community play in the journey to tenure. Indeed that is a large part of what is not seen in the tenure dossier.

As I reflect on my journey to tenure, I recall the experience of developing my career while living with severe depression. I experienced my worst suicidal ideation in the first year of my doctoral program. My mental and physical health was severely compromised for most of my doctoral program and through the majority of my pre-tenure academic career.

Many times I attempted to hide the reality of my condition and its impact on my work.

In short, it was difficult.

I spent years trying to save my career from the perils of my internal world. A look at my C.V. suggests that I was successful. But there is nowhere on the page to tell the story about the life of my mind.

For me, and thousands of other people in the world, living with a depressive condition also means working with a depressive condition.Work is more challenging because of silence, stigma and shame and sickness. If I take “mental health days” off for all the days I need them, I would have no income. This is my job. I felt like my choices were limited.

While there is no category for articulating the challenges, there is also no lines for saying how I survived. There were adversities, but there were also advocates:

I work at an institution that doesn’t require me to focus on one aspect of my identity, passions or interests. I have mentors who support the work I do in both the academy and the wider public. I have colleagues I truly consider friends and allies. None of this is on paper either, but it makes the “life of the mind” much better.

I cannot name what separates my story from another. I don’t think it has anything to do with faith, blessing, intellect, perseverance or medication. I know too many people with those qualities and a different outcome. There is an inexplicable grace to survival and success. Down deep, I suspect that it is the flip side of that coin that robs life without cause or consideration. We don’t get to choose which side lands on us each day. Rather, we live, we work and we do our best. And we tell the stories of what can’t be seen on paper.