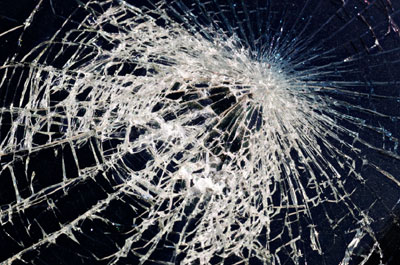 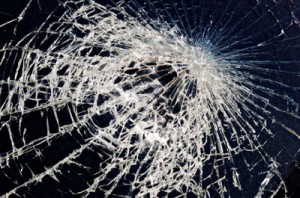 In M. Night Shyamalan’s movie “Unbreakable,” (2000) two characters are juxtaposed: Elijah Price (played by Samuel L. Jackson) and David Dunn (played by Bruce Willis). Elijah Price was born with Type I osteogenesis imperfecta (also known as “Brittle Bone Disease”) where his body does not make the kind of collagen that strengthens his bones. Thus, his bones break easily. In fact, he was born with broken limbs. On the other hand, David Dunn has extraordinary strength, and lives through accidents and catastrophes that kill most people. He comes out of them without even a scratch. He seems to be unbreakable.

Elijah tracks down David, and presents him with a theory that suggests that they are the remnants of an ancient system of storytelling where superheroes and their archenemies are based on real people like themselves: each other’s exact opposite.

While this movie has all the drama of a psychological thriller and the power of comic book and legendary storytelling, it’s an oddly familiar dialectic. Many aspects of our culture assume that are “unbreakable” people in our midst.

I often hear it in variations of the quote by the 19th century philosopher, Friedrich Nietzsche:

That which does not kill us makes us stronger.

We are hard-pressed on every side, yet not crushed; we are perplexed, but not in despair; persecuted, but not forsaken; struck down, but not destroyed.

While I can’t deny the personal experiences of Nietzsche or Paul, as general platitudes, I think that there are fewer more damaging lies.

In the face of quotes like this, many people believe that they should be like comic book superheroes. They believe that when they endure terrible emotional and physical events, they should emerge triumphantly. They should be wiser and stronger and a shinier version of who they were before. Some theologies (like the theory of redemptive suffering in its purest form) state that it is only through suffering that individuals and communities can achieve salvation or positive transformation.

I acknowledge that many of us have to keep moving forward in the face of illness and trauma and danger because our families and households are physically and financially dependent upon our ability to go to work and make an income. Rather, I fault societal structures for their inability to recognize and support people who are crumbling inside.

So I’ll say it again: this idea that what doesn’t kill us serves to make us stronger is one of life’s more damaging lies. If only because life experience will teach us that there are things that kill us. And for those who do not die, some do not come out stronger or more encouraged. Some people come out of life’s traumas and sufferings as weaker, demoralized and emptier shells of who they were.

The fact that some people can survive difficulty, pain, death, sickness and war is somehow attached to the grace and power of God. But the difference between those of us who do and those of us who do not should not be measured by amounts of faith, prayer, devotion or inner fortitude. It’s better measured by access to informed and attentive friends, loving communities, healing resources and societal acceptance.

As someone who lives with a depressive condition, I’m aware of how quickly I can become like the character of Elijah Price. Every small thing will cause me to question my self, my friends, and my abilities. When I’m struggling to do the most basic tasks of daily living, I feel weak. I feel like a shell of a human being. It doesn’t take much for me to feel broken inside.

Perhaps like Elijah, we will seek out or even yearn for that which is unbreakable. I know I do. I want to return to the part of myself that can survive great odds and come out stronger and wiser. I want to live up to the ideal that I ought to be able manage difficulty with more grace, finesse and gratitude. Why, I’ll ask myself, don’t I feel perplexed without feeling despair? Why don’t I feel persecution without feeling forsaken? Why aren’t I more . . . unbreakable?

The movie again serves as inspiration. As David Dunn explores his past, he realizes that he has a weakness, a weakness that can kill him. (I won’t give it away, in case you want to rent the movie.) As a comic book aficionado, Elijah reminds the viewer, that all superheroes do. This is not so much a statement that we all have our personal Achilles heel, kryptonite or, as Paul says, thorns in our flesh (2 Corinthians 12:7). Rather, I hear this as another statement of truth:

No one is unbreakable.

This is an especially important maxim for those of us who live with depressive conditions or disabling conditions. When we imagine that there is an ideal of perfection and strength to which we do not attain, we need to remember again: no one is unbreakable.

As a black woman, this idea and its debunking are ever in my orbit. In the late 1970s, the black feminist Michele Wallace wrote Black Macho and the Myth of Superwoman. More recently, The Crunk Feminist Collective blogged about black women and depression and declared that “life is not a fairytale.” My colleague Chanequa Walker-Barnes at Shaw University Divinity School does excellent work on the religious and psychological damage of the idea of a “strong black woman.”