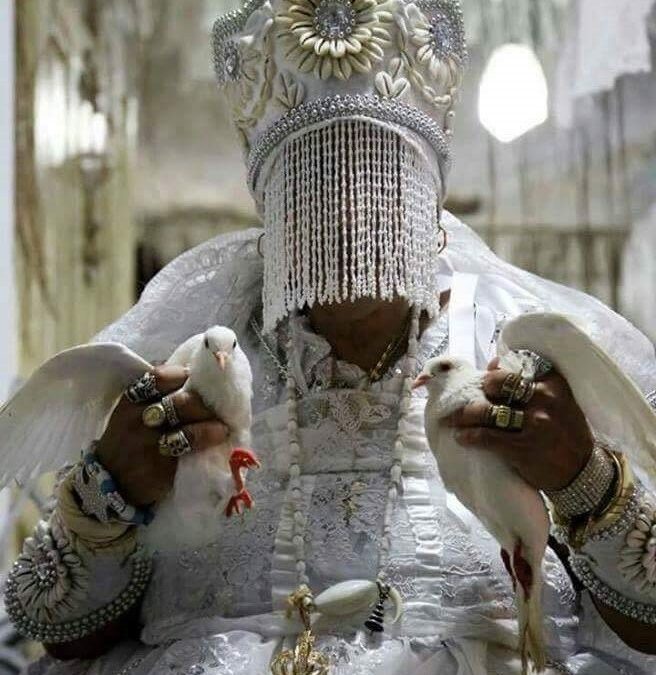 I dashed into the small coffee shop to get out of the rain. The sound of the rain echoed around me as I discovered that I had encountered more than a shelter from the weather and more than a place for a latte or espresso. Just behind the coffee beans, pastries, and made-to-order sandwiches was an Eastern Orthodox Church. That was when I looked around and saw the icons for sale near the front door of the coffee shop. Ranging from the size of a quarter to the size of a sheet of paper were pictures of brown-skinned men with round yellow halos around their head and peachy-skinned women holding scepters. Saints.

This was fifteen years ago and is still my most vivid reminder of some of what Protestantism lost in its break from Catholicism and Eastern Orthodoxies. In the emphasis on “the Word,” many Protestant traditions have eschewed pictures of the divine. I’m familiar with the pictures of Jesus in the stained glass church window or the picture of The Last Supper. Looking uncannily like Michelangelo’s brother, a particular image of Jesus has functioned as the face of much of Christianity.

For many Protestants, the images end there. Without saints, rosaries, and memorial candles, we’ve lost the value of images. With a robust iconography, some Christian traditions have recalled that what we know and understand can be a window to the divine. Icons remind us that divinity can be found outside of Jesus—even in non-human aspects of creation, like fire or a candle. My Protestantism needs more icons.

Pinterest is an image-based sharing platform that lets users create virtual “pin boards” and post images based on the topic of the board. It’s like the digital version of snipping and compiling one’s favorite images from a magazine. Each image links back to a website where one can learn more about the image. Used primarily by women and operating on an invite-only basis, Pinterest quietly bypassed Twitter, Google + and Tumblr earlier this year. I’ve seen people compile recipes and wedding dress styles. I’ve seen schools list faculty; speakers post motivational quotes. Of the varied categories for organizing one’s board, there is no entry for “Spirituality” or “Religion.”

For fun, I did a search for “God.” Pictures came up, but they were pictures with words. Quotes about God’s love, grace, and human response emerge as inspiration for those seeking the divine on Pinterest.

But what if we pinned God without words? What would God look like?

A baby. An older person. Famous saints. Theologians. The sunshine. A worn pathway in the woods. A mirror.

If I called on my most historical, visual, inspirational and incarnational self, how would I image God?

I plan to pin that!