A Welcome Mat of Peace 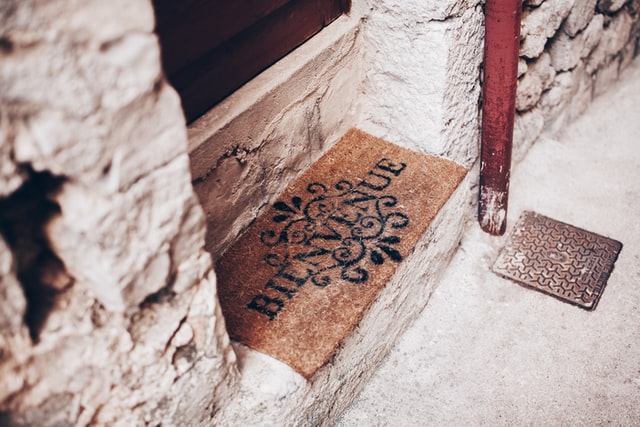 How can we have peace in the Middle East
When there’s none at home?

These are the opening lines to one of my favorite songs by jazz vocalist Rachelle Ferrell. The capstone to her self-titled 1992 album, “Peace on Earth,” speaks before and beyond the time of its recording.

I first began using this song in faith communities in the late 1990s when I coordinated a church response to sexual violence. Surprising the congregation with the inclusion of a “secular” song, the ministry asked about how we dare pose questions of global magnitude when we have so much work to do at home. This was not meant as a commentary on current politics. It was designed to raise the issue of intimate violence.

As someone who has spent the last fifteen years speaking out against sexual and domestic violence, I can attest to one thing: most of our violence happens at home—quietly, under long-sleeved t-shirts, with lowered eyelids, in shameful fists, between pursed lips and tearing eyes. Most violence in the United States is not the picture of global terrorism; rather, it is the faded photo of our personal relationships.

I hear Ferrell’s lyrics again in new tones at the ten-year anniversary of September 11. I hear it as a reminder that working for peace must begin in our houses and in our communities.

At the 40th anniversary of the Newport Jazz Festival, Ferrell lingers over one line of the song that seems particularly relevant now:

As I suspected in my work with sexual violence, our answer to this question must begin as close as our own relationships. In their popular book, The Faith Club: A Muslim, a Christian and a Jew—Three Women Search for Meaning, Ranya Idliby, Suzanne Oliver and Priscilla Warner come together as mothers in the New York area trying to figure out how to talk to their children about the aftermath of September 11. As a religious scholar, I am simultaneously disheartened and encouraged by the story they tell. I am disappointed by how little each one knows of her own religion as she wrestles with her assumptions about the religion of others. I am forced to remember that this is probably where most Americans are. But I am inspired by how—in conversation and friendship with each other—these women become more rooted and more deeply faithful in their own traditions. They are able to do this inasmuch as they learn from and love someone who believes quite differently from them.

Their post-9/11 peace literally began in their homes, over cups of hot chocolate.

I am currently part of a project that seeks to do the same thing. I am a faculty member at Claremont Lincoln University in southern California, where we aim to educate clergy and laity of different religions side-by-side through a consortium of schools. The affiliate schools offer professional education in specific traditions: Claremont School of Theology as an ecumenical Christian seminary; Academy of Jewish Religion, California, a trans-denominational institution that trains rabbis, cantors and other Jewish spiritual leaders; and the Islamic Center of Southern California’s leadership in establishing Bayan College, a new institution for training imams. At the same time, we offer classes and degrees that focus on interreligious studies. We do all this under the belief that there is something in each tradition that seeks to improve the world in which we live, and that our religions have the resources to repair the world when we work together.

On the same day this fall that Claremont Lincoln University held its opening convocation, it also announced a new agreement with the International School of Jain Studies and the Federation of Jain Associations in North America. Along with Hinduism, Buddhism and Sikhism, Jainism is an Indic religion best known for its path of non-violence toward all living beings. These principles can be seen from Jainism’s influence on Mahatma Gandhi to its disciplined vegetarianism.

In a ceremony of sharing wisdom, one Jain leader made a comment that summarized the meaning of peace in today’s context. Referencing the fact that Jainism is considered one of the smaller of the major world religions with just 10-12 million followers worldwide, he said, “We are a minority in India, but you have made us highly welcome here.”

While I hope that Claremont Lincoln University and its affiliate schools continue to evoke this response from different religious traditions, I am more impressed by the reminder that interreligious understanding and peace begin in intimate ways: through education, by music, in our homes, with our welcome mats.

Ten years ago, the United State took a different route. I wish our leadership had looked into its homes, examined its clenched fists and asked whom it needed to welcome. Now, I believe the responsibility for peace is ours. There’s a Worldwide Week of Peace in my community. But whether it means a reading club, a new friend, multi-religious education or ensuring physical and psychic safety for your self or a loved one, peace is probably best sought close to your front door.