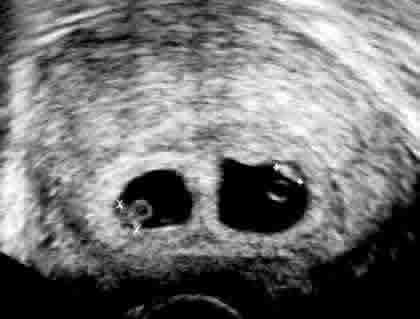 I re-read this Alfred North Whitehead quotation to my students in the last weeks as we read through Adventures of Ideas. We were taking a welcome break from the philosophically demanding Process and Reality.

I explained that this is one of Whitehead’s more frequently cited sentences because he succinctly and poetically describes his position that life entails loss, and you can’t go back and get what you lose.

I said the same thing to one of my girlfriends as we chatted in my kitchen a couple of weeks ago. I was cooking and catching up with a friend I had not seen in nearly twenty years. As we chronicled our lives from the intervening decades, my friend said: “I have a religious question.”

In moments like these, I curse the fact that even my closest friends think that I have some special kind of knowledge as a minister and professional theologian. I took a deep breath because that phrase usually precedes some difficult, heart-wrenching question that has no satisfying answer.

My friend began to talk about some difficult events in her past, and some of what she lost as she wrestled with her own challenges. “Do you think,” she asked me, “that we can go back and get what we lost? Do we get a second chance?”

I turned into a Whiteheadian and told her that we can’t go back in time. We can’t reach back and wrest out what has been lost. Sometimes that is good because this is how we can move past – and even eliminate – some of the worst things in the world. But when we lose things we’d rather not have lost, we don’t get them back. I echoed my teaching moment by saying, “That’s why the philosopher I study says, ‘Life is robbery.’ ”

But we get second chances. And third and fourth ones. God never stops calling us. As we move forward, there are new opportunities. It’s not the same, but we get more chances – often in ways we don’t expect.

I know it didn’t make her feel any better.

We were quiet for awhile and continued cleaning the kitchen and stirring the pot of soup together. We broke the silence by moving to discussions of our future. We talked about how we might live, love and grow. We laughed about how we were closer to being parents than kids and how that transition sneaked up on us. Then she asked the question I often hear these days:

I paused. After miscarrying, I’ve come to understand the answer I’ve often heard others say: “I just want a healthy baby.” But I didn’t say that. Perhaps it was the length of our acquaintance, the comfort of the kitchen or the recent evocation of Whitehead that made me tell her the truth.

“I want my babies back!”

It’s been five months since my partner and I saw the bleep on the ultrasound. In the four months after that, I saw my OB/GYN, hematologist, nurses and anesthesiologist more times than I’d ever wanted to. While I have an intellectual level of gratitude for trustworthy practitioners, good health coverage and supportive friends, none of it actually gets me what I want. I want the twins the doctor mentioned under his breath from the space between my legs. I want the babies that my partner kept kissing in a place a little higher on my stomach than where they really were, kissing from the moment we realized my period was late. I want the babies about whom I called my mother – even before the official test came back. I want the growing belly, nausea, maternity clothes and upcoming parental leave.

I deeply believe what I told my friend about second chances, but right now, that means nothing. Grief renders hope philosophical. Grief smothers my ability to think, reason and plan. Since my honest moment in the kitchen, grief has robbed my life of a measure of joy. Life broke into the house of my body and soul and took something that cannot be recovered. There’s no one to blame. It just happens sometimes. And I’ll cry about it … I guess, until I don’t.

Previous entries in The Miscarriage Chronicles