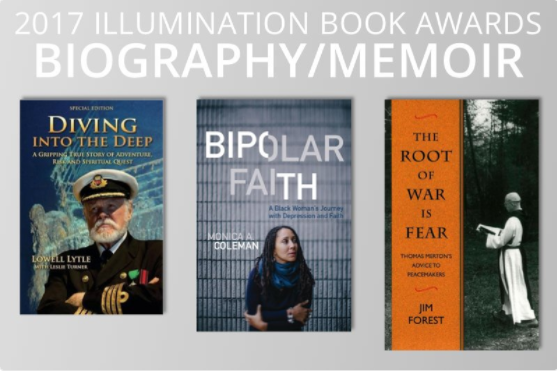 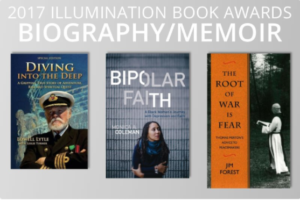 Honored that BIPOLAR FAITH has received a 2017 Silver Illumination Book Award in the Biography/ Memoir category for the year’s best new titles written and published with a Christian worldview.

The awards are designed to honor and bring increased recognition to the year’s best new titles written and published with a Christian worldview.

This year’s 81 Illumination Award medals went to books from 26 US states, Canada, Australia, New Zealand, and South Africa. The diversity of Christian publishing was also demonstrated by the fact that winners came not only from long-established publishers, but also from small presses and self-published authors.