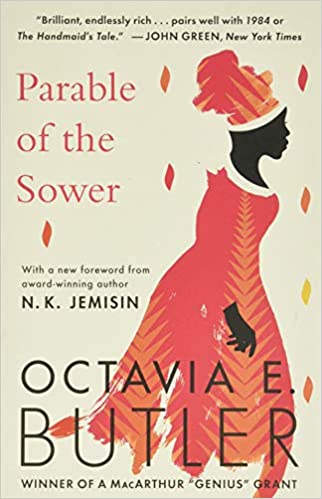 Religion Unplugged did an article about the prophetic gift that Octavia Butler’s Parable of the Sower is.  And there’s a shout out to the webinar series that Tananarive Due and I lead called “Octavia Tried to Tell Us.”

Part of the novel’s current appeal is how eerily predictive it is. Set in a dystopian Los Angeles in the 2020s, the economy has collapsed, corporations enslave consumers, police are not to be trusted and Southern California is on fire and overrun by murderous gangs.

And on the horizon is a presidential candidate with support from a newly-emboldened Christian right whose campaign slogan is “Help us make America great again.”

But the foundation of the novel is an imagined religion Butler called “Earthseed” whose scriptures boil down to one central, mantra-like tenet — “The only lasting truth is change; God is Change.”

That message, Butler scholars say, is crucial to the novel’s staying power and its appeal to a wider audience that catapulted it from the backlist to the bestseller lists.