I’m Back and Writing About Loss 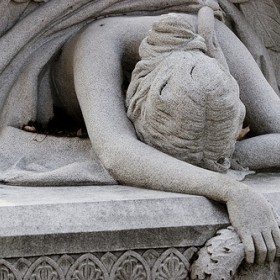 If you’ve been following my blog, you’ve noticed that I’ve been really quiet lately. Like all summer lately. What’s up with that? Well, part of the challenge of writing about depression is that it’s hard to write when depressed, and, well, depression happens.

But I’m back – well, back to Beautiful Mind Blog – and I thought I’d shake things up a bit.

I’ve been writing some longer-than-normal blog pieces reflecting theologically on various experiences of living with a depressive condition. I’ll keep doing that. But I’m going to intersperse those with shorter pieces about some of my daily experiences of what it’s like living with, wrestling, sometimes in great healthy ways, sometimes in I’ll-try-again- tomorrow ways with a depressive condition.

I feel called to break silences that cause shame and diminish the qualities of our lives. That’s why I speak out against sexual violence. It’s why I write about mental health challenges. I’ve long been interested in women’s reproductive health, but I’m really interested in how women don’t talk to each other about our embodied lives as women. Sure, we ask how our derriere looks in these jeans, but we don’t talk about our uterus.

Popular society has called menstrual cycles everything from “the rag,” to “the curse,” to “Aunt Flo.” (Thank God for Anita Diamant’s The Red Tent for doing it’s part to encourage women to embrace our menstrual cycles in community!) I’ve recently written about dealing with uterine fibroids. Can I tell you – until I brought it up with my friends and damn-near strangers, only one woman (my mother) every talked with me about it. And about 75% of women may have uterine fibroids, with the African American women experiencing fibroids at a rate of three to five times their white American counterparts.

Likewise, I’m finding that miscarriage is something that women talk about – in whispers – after it’s over. Long after. Like years. Studies show that anywhere from 10-25% of all pregnancies end in miscarriage. It’s not an epidemic, but it’s not so uncommon either. But we don’t talk about it. Well, most of us don’t.

We don’t talk about any of these things. But womanhood happens. Womanhood is. We bleed. We don’t bleed. Sometimes it hurts. I find the silence deafening. If I didn’t know better, I’d think that we – women, men and society – are afraid of women’s uteri.

I’m not writing about this because I’m brave or strong. Lord knows I’m not. I’m writing about it because I can’t write about anything else right now. Because I think we have to break the silence here too. Because I will not cry alone.