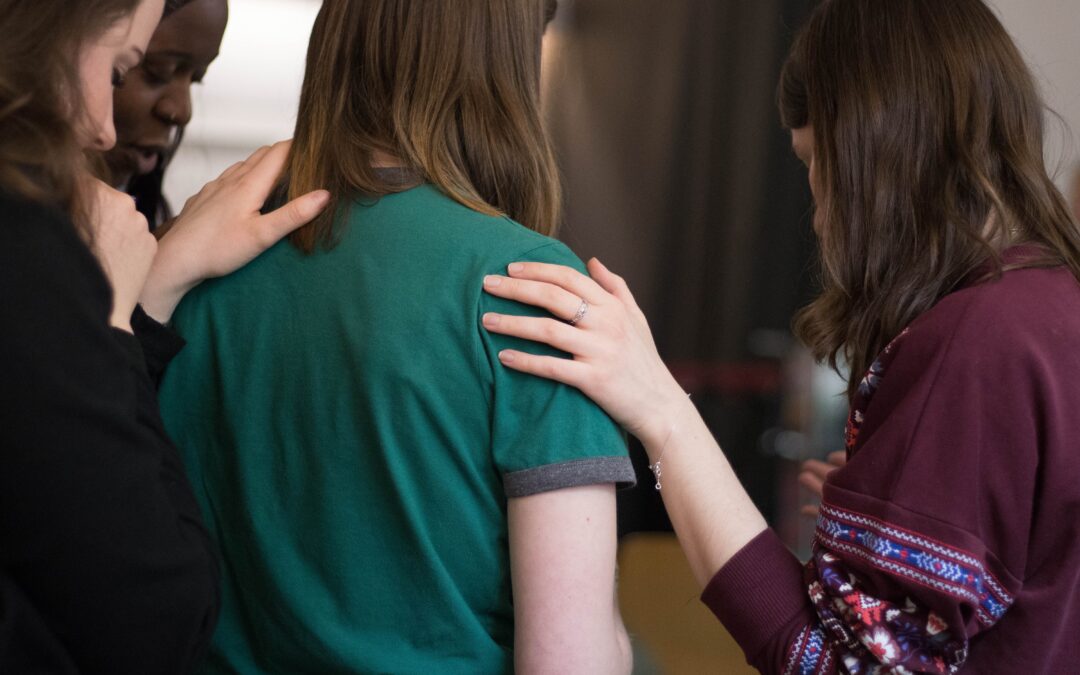 Communal prayer is a tactile experience for me. In my denominational tradition, African Methodism, we come to a wooden altar at the front of the church, kneel, and pray. In my favorite worship experiences, the “Altar Prayer” portion of the Sunday liturgy takes twenty or thirty minutes. We come to the altar individually or with loved ones, holding each other or holding ourselves together, politely kneeling, sometimes collapsing, adhering to the words of a minister, or mumbling to oneself.

The congregation sings a hymn, or a spiritual, or a chant over and over, moving on to another song. Until. Until the praying is done, until the tears have been wiped, until the last person has risen and moved back to her or his seat.

This is how I think of prayer in church.

I cannot imagine how new media can hold this feeling. How would new media convey the sense that your community cares about you? That they understand your problems as their problems, that they will wait with you, until. Until something changes, until you are free.

This comes from a deep belief that prayer changes things. When I heard this expression as a child, I assumed it meant that my prayers went vertically upward into the clouds where heaven and God are, and then God heard the prayers and did something about what God heard.

As an adult, I heard an amendment to that expression. “Yes prayer changes things. Prayer changes people. People change things.”

I don’t think this means that God has no role in changing our lives and our circumstances, but God is not the sole agent of change as I imagined as a child. The second expression suggests that our faith motivates us to be active in the changes that we wish to see in the world. We are following God’s call as we embody God’s values and principles in the world. Often, this is a call out of our individualism into the concerns of others.

There is a quotation from the Aboriginal activists group in Queensland, Australia (1970), that expresses this sentiment well:

I think I’ve understood prayer through this liberation framework (even if the theology of the church didn’t say it this way). We stayed, lingered, waited, sang, kneeled, and held hands because we understood that we are linked together. None of us were free until all of us are free.

I’ve seen creative ways to pray together like this in new media. Recently, an associate sent an email through Facebook to a number of close and not-as-close friends. She shared that she was having difficulties paying an important bill as she tried to juggle school, work, and parenting young children. As hard as it was, she was asking for help. She had set up a page on gofund.me that allowed us to give to her, paying this bill. Many of us gave. The page not only revealed the money donated, but had space for comments. I saw encouraging notes about how some friends managed through similar periods in their lives. Other people said they were glad that she asked for help when she needed it. Others said they wouldn’t want her to struggle alone.

There was no altar, no music, no tissue passed to a weeping eye.

But I’m pretty sure that this was prayer as I know it.