What is Liberation Theology? 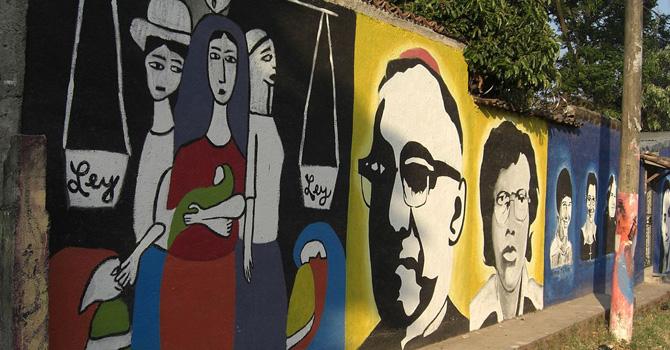 Blogger Rachel Held Evans invited me to answer questions from her readers in her “Ask a Liberation Theologian” column.  Here are my responses:

Liberation theology focuses on the ministry of Jesus as recorded in the Bible – the gospels in particular.  Liberation theology looks to the words of Jesus in Luke 4 where he describes his call to ministry (echoing the words of the ancient prophet Isaiah) and at the ways that he included many of the outcast (women, Samaritans, tax collectors, etc.) in his ministry and parable.  From that, liberation theology concludes that God cares about the oppressed.  From what I understand, evangelicals also value the biblical witness to the ministry of Jesus and bringing people closer to relationship with God.

From Brian: Liberation Theology is often criticized as reframing the gospel as a social/political agenda at the expense of the message of forgiveness of sins through Jesus. I suppose the same thing could be said about the religious right. How do you feel Liberation Theology competes with or compliments different understandings of the gospel?

There are some liberation theologians who consider reconciliation between oppressed and oppressor (“forgiveness of sins”) to be part of a vision of liberation.  Two examples off the top of my head are J. Doetis Roberts and Johnny B. Hill.

But to answer your larger question, I would say that all theology is political.  In part because Christianity did not begin in a political vacuum and we don’t live in a political vacuum even now.  Some understandings of the gospel focus on the work of God through Jesus for individuals.  They may also focus on the life that Jesus promises in another life; i.e. heaven.  Liberation theology, on the other hand, cares about the work of God through Jesus for communities and focuses on how Jesus describes a transformation of the world in which we live.  These are two very different theologies based on the same books in the Bible.

I think the video struck a nerve because more recently patriotism has been identified as having an unquestioning loyalty to the government.  This is especially true since we have been involved in wars.  Thus many people felt that a critique of the government was unpatriotic and problematic.  I also think that a majority culture can easily ignore the sentiments and circumstances of those in a minority position; whereas those in a minority position are well-versed in the dominant culture.  Thus the majority culture (“the privileged”) felt surprised that people in a minority position (in this case, some African Americans) had a different perspective on life, country and religion.  Jesus critiqued the government of his time – the Roman occupation of lands that were holy and sacred to his Jewish community.  For liberation theologians, speaking out on behalf of the disempowered is Christ-like.

From Josh: I’ve always heard of Liberation Theology in the context of its strong affiliation with the various Socialist movements in Latin America in the 1900s. Almost a reverse-prosperity-Gospel that emphasizes the goodness of the poor over against the wealthy, which sounds to my capitalist sensibilities like class warfare rather than the Gospel. Because of this, I’ve always associated the theology with the political ideology. Can you differentiate or help explain what Liberation Theology might look like in the context of our society in America? How does Liberation Theology extend beyond the capitalist/socialist struggle that was occurring in Latin America in a specific era?

From Suzannah: Would you explain the differences between womanist and feminist liberation theology? How have white feminists excluded black women and what can we do to be more inclusive/intersectional?

From Travis: Monica, you’ve appeared several times on the Homebrewed Christianity podcast to talk about process theology (and I’ve enjoyed hearing you speak every time). How does process theology relate to liberation theology?

I am a process theologian and a liberation theologian. For me, I believe that God is calling us towards a vision that includes beauty, truth, adventure, art and justice.  Thus, God interact with the world, changing the world and being changed by the world, but calling us to work to create a world that is ever more liberative.  I don’t describe God has being on the side of the oppressed, but rather on the side against oppression – wherever it is found – and advocating justice – wherever it can be found.  But the timing of this question is ironic because process theologian John Cobb just wrote about how process and liberation theology intersect here.

From Saskia: My question has to do with your work on sexual violence and the church. A survivor myself, I am acutely aware of this issue in a way my non-survivor friends aren’t. How do I start the conversation on this in a church environment that doesn’t seem very receptive to it?

I think that there are many ways to introduce the issue of sexual violence in a church environment that is not very receptive to it.  Here are a couple: attend a “Take Back the Night” event with a teen group or women’s group.  Talk about “dating violence” with a teen, college or young adult group.  Or bring in someone who can talk about this.  See if there are any social workers or therapists in your church – perhaps they have ideas or expertise with other local environments.  There are also small ways like posting information on a bulletin board or inside the women’s bathroom during April – Sexual Assault Awareness Month.  I mention others in my book, The Dinah Project.

I recommend checking out my book Making a Way Out of No Way: a Womanist Theology