Will the Churches Look After the Sick? 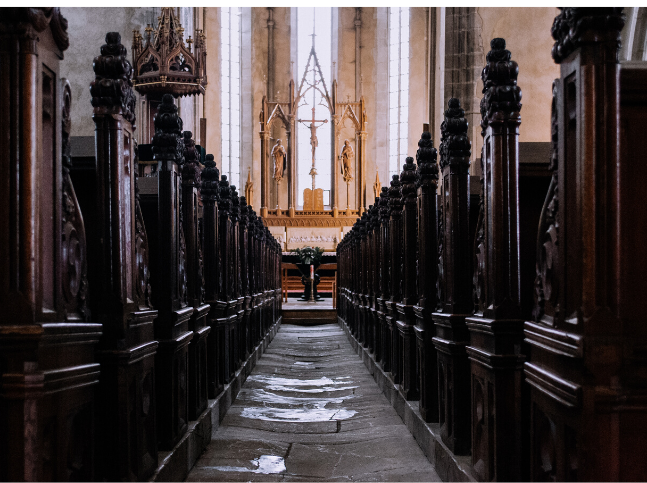 When I was a teenager, I liked a boy who attempted suicide. I remember calling his home on an ordinary day. His mother answered the phone and told me a harrowing story of how she came home, and found his tall lanky body in the bathtub with blood spilling into the water and onto the floor. He had cut his wrists, she said. As she heard me gasp, she assured me that he was still alive, and at an in-patient treatment center. She would be sure to tell him that I called.

Months later, I sat next to my friend in his mother’s house. I held his hands in mine and asked, “Can I see?”

I had basic information about depression — the kind one gets from 9th grade health class and after-school specials — but I had no way to understand it, up close, in someone I cared for. I had, I would eventually learn, no way to understand it in myself. I didn’t know the slippage between teenage angst, frustration and grief to melancholy, depression and suicidal ideation. I didn’t know what separated my own bare wrists from the scarred wrists of my friend.

Although my friend was not particularly religious, I was. I had been raised in the church. My youth group at church was one of my primary social worlds. I spent my weekends and some weeknights in drama ministry, youth choir, Sunday school, church tutoring, Vacation Bible School, etc.

My church, like many others, conveyed messages about mental health:

I had little language for thinking about mental illness, and no faith for living with it.

I now wonder what might have happened if I had ever heard a minister preach about mental health. When the church quoted Matthew 25:35-40 about how we should feed the hungry, give drink to the thirsty, invite in the stranger, clothe the naked, visit the imprisoned and look after the sick, people living with mental health challenges didn’t count. What would I have thought if we had prayed for people living with depressions, schizophrenias, or borderline personality disorders like we prayed for people who were diagnosed with diabetes or who had heart attacks?

This is an ideal time for individuals and communities to learn about mental illness and offer solidarity and hope to those who live with mental health challenges. Oct. 2-8, 2011 is Mental Health Awareness Week. The National Alliance on Mental Illness (NAMI), offers special resources for faith communities with suggestions on what clergy and laity can do.

While it may seem like a lot to ask of religious leaders, it’s actually easier for young people and adults to get to clergy than it is to get to a mental health professional. According to NAMI, churches, temples, mosques and faith communities reach 70 percent of the American population each month. Clergy outnumber psychiatrists by nearly 10 to one, and are more equitably distributed geographically than health professionals.

More importantly, religious communities are best-positioned to respond to the faith issues that arise for people who live with and love those who live with mental illnesses. They can tell us that our condition is not a result of angering or disappointing or failing God.

There are many faithful people who live with mental health challenges. Most of the time, we walk amongst the regular praying-public as if we are invisible. But we are in congregations, Bible studies and prayer meetings wondering if there is a place for us there. We wonder if there is room for us to be honest about our struggles. We are waiting to hear our stories from places that we recognize as holy.